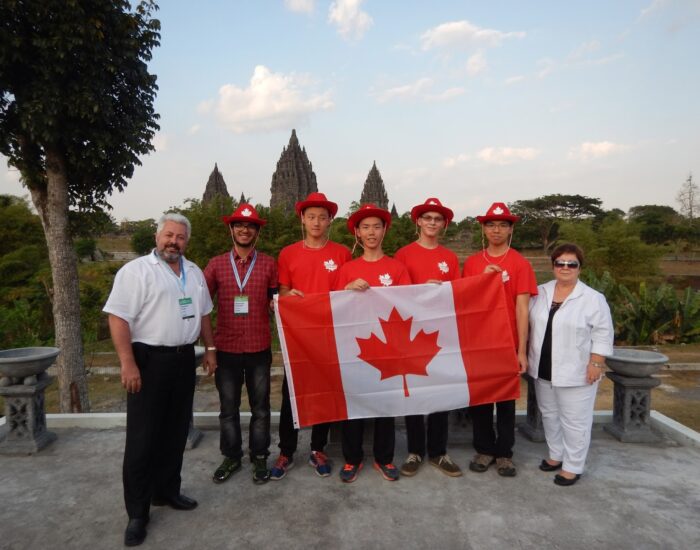 Participation of Canada in IX International Olympiad of Astronomy and Astrophysics

The 9th IOAA was held in Indonesia on July 26 to August 4, 2015 in the city of Magelang. It was attended by 40 countries and about 270 participants (students, team leaders and observers).

The Canadian team consisted of the winners of the International Astronomy Olympiads and the CAP contest, as follows:

The team was accompanied by two leaders and an observer:

Russian-Canadian Educational and Recreational Centre of Toronto hosted theoretical and practical training of the participants of the Olympiad. Observations of the sky, and preparation for the observational tour were performed in Phyllis Rawlinson Park.

With the help of Prof. Patrick Hall  and Prof. P. Delaney scientist of York University helped coach participants for the first time. They facilitated observations of the Sun using telescope at York Astronomical Observatory  and instructed them in the Planetarium of the Science Centre (PhD student Jesse Rogerson).

The 9th IOAA was very well organized. There was a lot of extracurricular activities including sightseeing, cultural visits and sporting events. Despite that, this was one of the hardest Olympiads for our students: unusual food, unfamiliar southern sky and problems quite advanced even for IOAA level. This was true not only for Canadian team but for participants from other countries as well (see Analysis of the results of the IOAA). There was much less medals distributed (only 35.6% participants received medals vs 50-60% in earlier Olympiads). Ten countries came back empty-handed.

Notwithstanding all these obstacles two of our students were recognized. Oliver Jin Wang was 3rd and received a bronze and Wilson Fan Wu received an Honorable Mention! One more successful year for Canada! 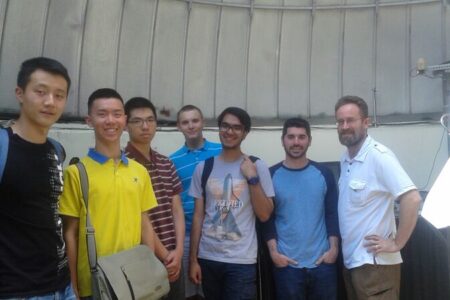